My quest for a BQ marathon – Part Three 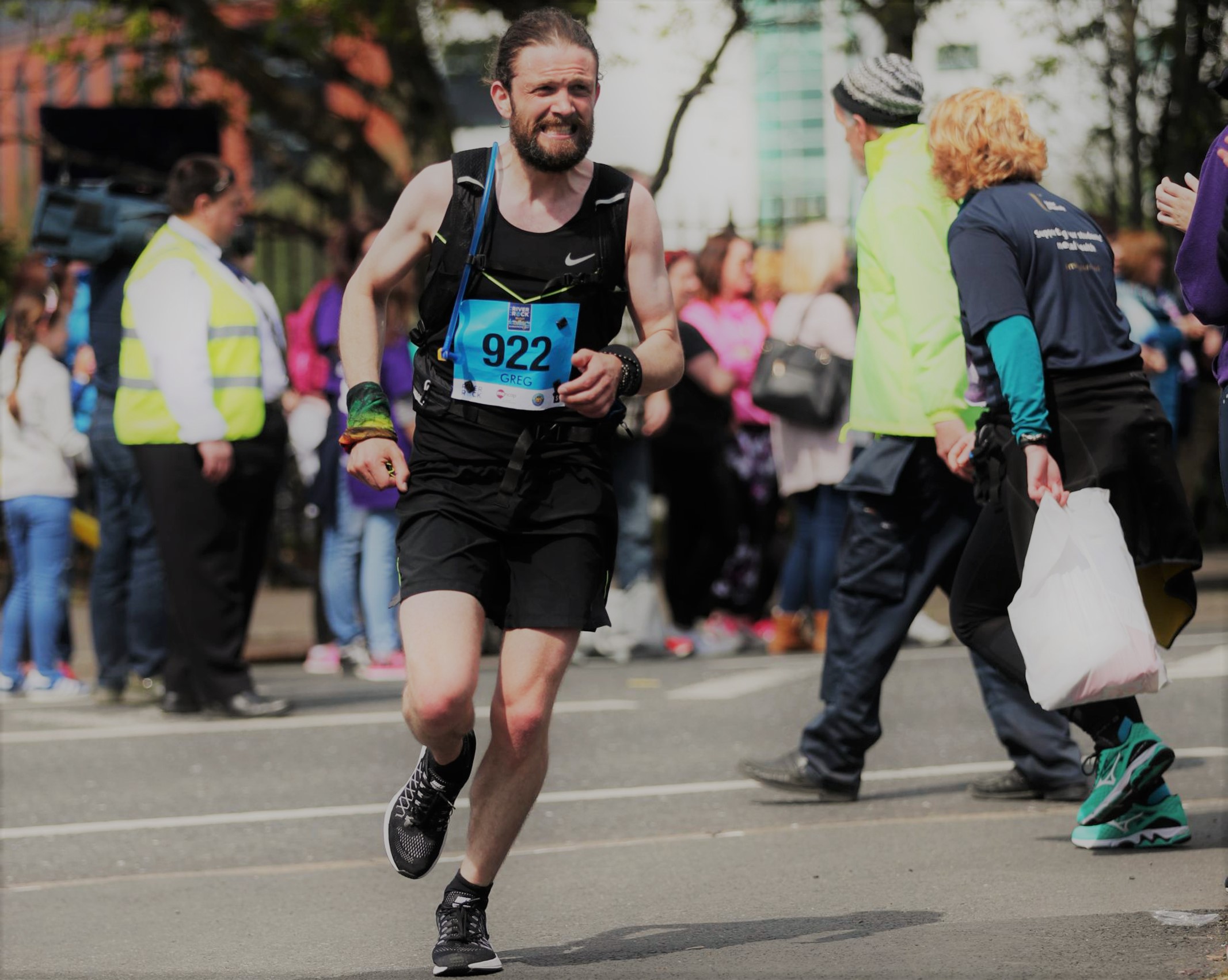 OK, fuck it. I’m bored with this retrospective series and it’s a bit hoity-toity so I’m wrapping it up.

The last post took me to my first marathon and a minute over four hours to finish. It’s a decent time for a first go at my age but nothing to get up myself about. I kept running, on and off, for the next year and entered Edinburgh again.

I’d trained a bit better and ran a better race. I was heading for under 3:40 but encountered some wall-based difficulties at 20 miles (terrible fuelling and a cruel head-wind) and got home in 3:41. About 20 minutes faster but also, again, just outside my target. Some lessons learned, and some apparently not. 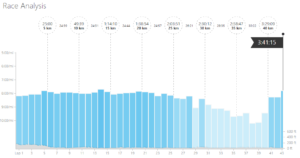 Not an unusual way for marathons to go.

That was 2015. I didn’t do a marathon in 2016 because my head wasn’t really in the right place for various reasons. I did the Clyde Stride which went OK but that was my only race that year.

I ended 2016 with a new resolve to train hard and run some good races. I’d had enough of Edinburgh so I fancied Belfast. My friend Lorn Pearson had run an exceptional marathon there and I’d never been to the city so that was the plan.

That winter I joined Hawkins running to get coaching for this marathon. It taught me a lot about a structured approach to training but I felt was lacking in some things like general motivation, an explanation of the thinking behind the plan and just a bit of a human touch. That said, the coaching did exactly what I wanted.

At Belfast I decided to run with my Camelbak. Overkill for a marathon? Probably, but you can only go with how you feel and I’d done all my long training runs with it so why not? I filled it with Tailwind as was my preferred fuel by that point. I also, for the first time, carb-loaded properly. I did a carb-depletion for ten days then a carb-fest for three.

It was a hot day in May, I stayed at a nice hotel near the start and I set off with a target time of 3:20. I’d trained for this pace and my coach felt it was doable, even beatable. The race started fine, if a little too busy. I lost a bit of time stopping for a pee after about 5 miles (I always need to pee) but my pace was very consistent.

Belfast has some infamous roads – Shankhill, Falls, Crumlin – but for marathon runners the one that causes the most troubles is the massive fucking hill from mile 8 until 14. On the way up I slowed a bit to keep my HR under control and then just let gravity pull me down the other side. Way too fast because at the bottom I got a painful stitch and had to take a walking break.

I lost a minute or so and felt my goal time slip away but I rallied and from mile 18 I was churning out 7:30s quite happily. I was spent by the last mile but maintained until the finish and crossed at 3:20:47. Yes, still outside the goal but I’d trained well and run a good race, and I was happy, so it was hard to see it as a failure. 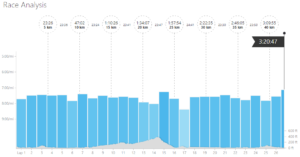 I flew home straight after the race, then off to Asia for a holiday the next day. While I was in Vietnam I realised my next marathon goal must be 3 hours, for the sake of consistency if nothing else. Of course as you improve, further gains are harder to find so I had to find a higher level altogether to meet this goal.

I entered the ballot for London, and missed out (although I did get sent a conciliatory training top which has become my favourite long run garment).

What other options are there? Edinburgh and Belfast are out, Manchester a possibility but too early in the year. Berlin? Never been there and they don’t come much bigger. So I entered that ballot…and was successful (and £140 poorer).

So sub-3 at Berlin 2018 has become my mission. I need to do this so I can leave marathons to the youngsters and concentrate on ultras, hill running and, eventually, 24-hour running – which I feel is much more my thing.

I’ll try to stick up some posts as I train over the next 7 months.