My quest for a BQ marathon – Part Two 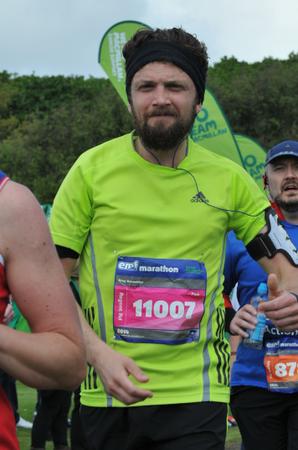 A very good friend had run the London Marathon in 2011. He was, and is, not a runner by any stretch but he put the training in and got round in a very respectable 4:20.

I obviously had to beat that for a start. Four hours, then, seemed the natural target, as it is for many plucky first timers.

I love messing about with pace and distance. Working out that if I can run 5K in x minutes then I’ll be able to run a marathon in x*y. I’d run enough to feel that 4 hours wasn’t outside my sphere of potential so I got down to training.

January saw me go from 12.5K to 17, to 21 in the space of 7 runs. I was getting a real kick out of pushing the distance, while keeping a pace between 8-9 minute/mile. I always had a couple of days rest, even after a 10K. I wasn’t following a programme, I was just getting out and running and enjoying it.

February I ran only 5 times. Looking back it seems a stretch to call that ‘training’ but at the time it felt like a lot. March was better with 11 runs, one of which was the Inverness Half Marathon. I finished in a decent 1:41, even though I hadn’t run for the previous 9 days!

April was 9 runs, with one being an 18-miler from Balloch to the Botanics. I intended to make it to Kelvingrove but I’d hit the wall and had to walk to a shop to get food. It was my first experience of the engulfing hunger caused by running totally dry of fuel and I fondly remember eating Haribo and chocolate washed down by Cream Soda. I’d run for nearly three hours and it felt like I’d been on an epic journey. If this was a runner’s high then I was out my box.

May arrived. The Edinburgh Marathon was on the 25th. I did six runs including three half marathons (a distance I was becoming very fond of). My training had been patchwork, with no intervals, no hills, no recovery runs. I recall having a tendency to run within myself for the first 80% then just cane it for the home stretch.

I took a train to Edinburgh, met a friend who was also running it. I also said farewell to him as he went to start at the faster start line. I had a game plan to stick to my pace, keep it canny and just get round in 4 hours. I was being overtaken by a lot of people at first but I’d read this would happen and just kept plodding away.

I stopped at a couple of aid stations and had a good stretch. I was really enjoying this. It was a good day, there was a lot of crowds, I was making stupid faces for the camera men. My pace dropped a bit around 13-18 miles but this meant I avoided the dreaded wall at the 20-22 mile mark. I loved passing the mile markers and was getting a huge buzz thinking, “I’m actually running a frigging marathon”. At this point I knew I would finish, it would be close to get four hours though, very close.

My phone died (this was pre-Garmin days) during the last stretch and I made it across the line with the clock showing a few minutes over four hours. I would have to wait until I got home to charge my phone to get my official time.

I eventually got the text.